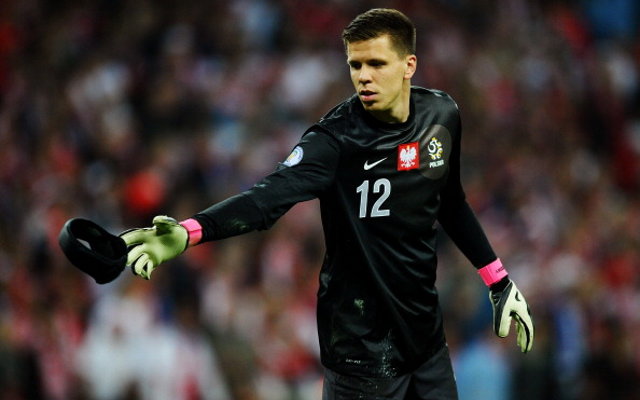 Stopper given new deal as reward for fine start.

Arsenal have handed a new contract to goalkeeper Wojciech Szczesny that has seen his wages more than double just months after looking like he had no future at the club, the Mirror reports.

The Polish international looked to be on his way out of the club over the summer as he struggled for form, but he has been rewarded for his fine start to the season with a bumper new deal, safe in the knowledge that Arsene Wenger is keeping his faith in him as the side’s first choice goalkeeper.

Szczesny will reportedly pocket a staggering £20m over the duration of the deal after Gunners bosses agreed to double his weekly wages. The 23-year-old had earned £40,000-a-week on his previous deal but could now collect £100,000 putting him on par with some of the club’s top earners.

Wenger will now resolve to keep him as the side’s first choice custodian now that he has seemingly rid himself of all of the mistakes that blighted his Arsenal career last season.

He has fought off challenges fro Lukasz Fabianski and Emiliano Viviano so far this season and should go into the January transfer window confidently knowing that the manager will not go looking for another rival.