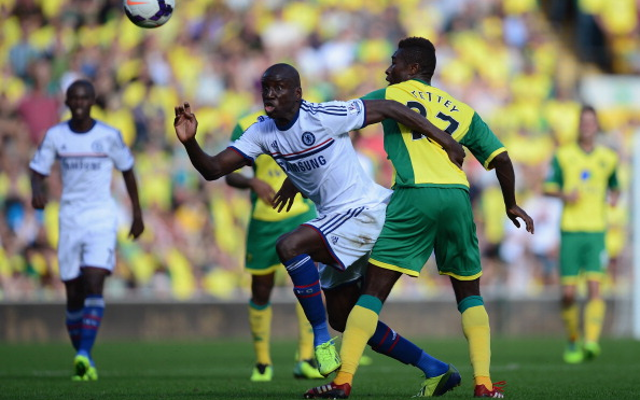 Valencia are said to be closing in on a deal to sign Chelsea striker Demba Ba according to the Metro.

The La Liga side are hopeful of luring the Senegalese international to Spain in January and it seems entirely plausible that Jose Mourinho will listen to offers for the former Newcastle United man.

The 28 year old has barely featured in the Blues first team set-up since Mourinho’s return to Chelsea, Ba managing just two Premier League starts thus far this season, and a move to La Liga may tempt the powerful forward.

Valencia are willing to offer £7m for Demba Ba, a bid that Mourinho may feel is adequate for a player who is now well down the Chelsea striking pecking order.

Arsenal are also said to be interested though Chelsea are very unlikely to hand any first team player to a domestic rival. The Blues already have a good relationship with Valencia, and have recently sent midfielder Oriol Romeu to the club on a loan deal so could well be ready to send Ba to the Mestalla on a permanent basis in January.