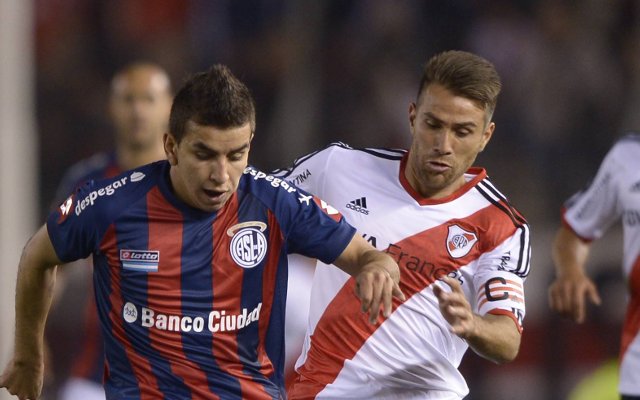 Premier League leaders Arsenal are set to go head to head with a number of the Continent’s biggest clubs in the race to land exciting young San Lorenzo wide man Angel Correa when the winter transfer window opens again for business at the turn of the year, according to reports in the Sunday Mirror.

The winger only broke into the Argentinian outfit’s first team earlier this year, although already Correa has managed to hit the back of the net on an impressive four occasions in just 16 matches in the league, as well as also contributing two assists for the team cause along the way.

And as a result of those eye-catching attacking numbers from the new man, the likes of the north London club, as well as high-flying La Liga side Atletico de Madrid and Serie A giants Inter Milan are all believed to have been keeping close tabs on Correa of late with a view to possibly making a move for the winger at the turn of the year.

However, with the diminutive attacker just another in a long line of technically accomplished starlets to have emerged out of Argentina recently, it is expected that his club will be demanding a transfer fee of at least £4.5 million for Correa come January.