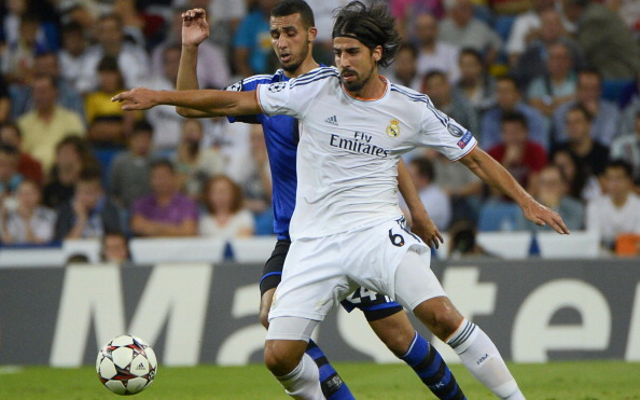 Mega-rich Premier League outfit Manchester City are hoping to be able to persuade highly rated Real Madrid midfield player Sami Khedira to move to Eastlands at the end of this season, according to reports in the Sunday Mirror.

The Germany international first arrived at the Spanish giants from Bundesliga outfit Stuttgart in July 2010 on a five-year deal for an undisclosed fee.

And in the intervening three-year period, the 26-year-old has gone on to establish himself as being an absolutely vital member of the los Blancos first team, registering eight goals and 11 assists in total in his 139 matches in all competitions for Madrid, including five strikes and five assists in his 88 La Liga contests.

However, with Khedira’s current contract at the Santiago Bernabeu now set to expire on June 30 2015, rival clubs are beginning to circle, especially with still no new deal on the table for the German.

And it is understood that City want to take advantage of the current uncertainty surrounding Khedira’s future in the Spanish capital by offering his employers a whopping £30 million to secure his signature come the end of this current campaign.

But is is also believed that Madrid will now try and tie their player down to a new long-term deal by handing the holding midfielder a two-year extension on his present contract worth £3m per year, which is a raise of £900,000 on what Khedira earns now.