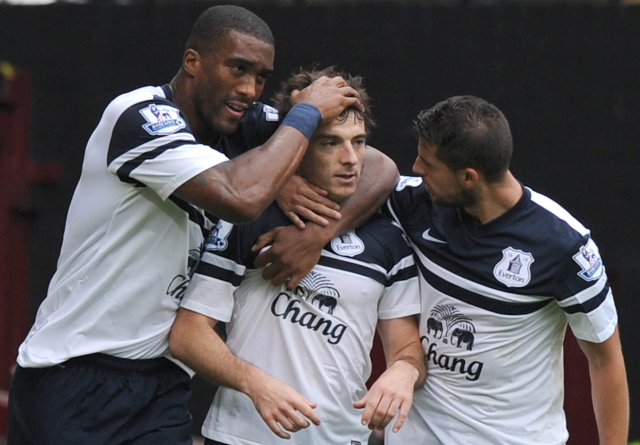 Red Devils hope inclusion of talented Englishman may finally convince Toffees to do a deal for their left back.

Premier League champions Manchester United will offer Everton £7 million and wide man Wilfried Zaha in exchange for coveted defender Leighton Baines when the winter transfer window opens again for business in the new year, according to exclusive reports in the Sun on Sunday.

However, the Premier League giants failed in a number of efforts to persuade the Toffees to part company with Baines during the summer transfer window as new Everton manager Roberto Martinez resisted all attempts to lure the 28-year-old to the Theatre of Dreams.

But now United and Moyes plan to trying to convince the Merseyside giants to sell the attacking full back in January by offering the club both cash and their England international winger in exchange for Baines.

Zaha has so far only been used as a bit-part player by the Scot in the north west after first arriving at United from then Championship outfit Crystal Palace last January for a fee that could potentially rise to as much as £15m, although the player has still to even start a Premier League match for his new team.