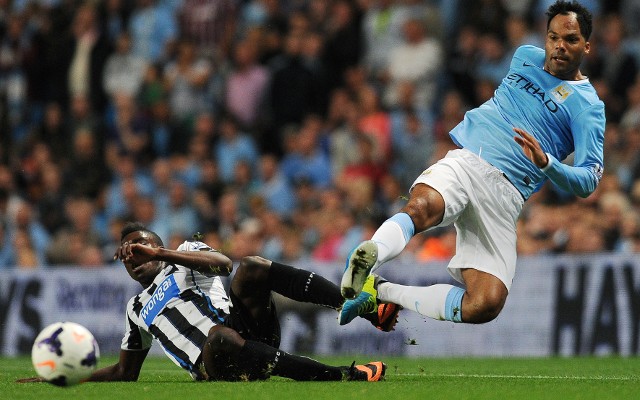 Central defender has now given up all hope of winning back his starting place in the England team for next summer’s World Cup.

Out-of-favour Manchester City defender Joleon Lescott will resist all offers to end his nightmare at Eastlands when the winter transfer window reopens at the turn of the year and instead remain warming the substitutes’ bench in the north west until the end of this season, when the Englishman will then depart the mega-rich Premier League club on a lucrative free transfer once his present contract has run out, according to reports in the Mail on Sunday.

The occasional England international has endured a frustrating campaign to date at City under new head coach Manuel Pellegrini, with Lescott having barely featured at all for the the experienced Chilean trainer.

In fact in total to date, the 31-year-old has made just the six appearances for City, four of which have come in the Premier League, with Pellegrini instead preferring to utilise the likes of captain Vincent Kompany, Serb Matija Nastasic and recent new signing Martin Demichelis ahead of Lescott in the Blues back four.

And even when the club have been ravaged by injuries to first-choice defenders Kompany, Nastasic and Demichelis in this campaign, Pellegrini has simply opted to move midfield player Javi Garcia into his back line to act as a utility central defender instead of trusting Lescott to fill the void.