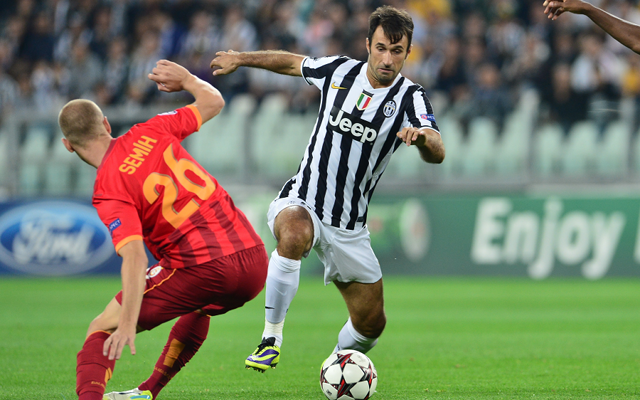 Montenegrin ace is wanted by Magpies.

Newcastle United are set to join to race for Juventus striker Mirko Vucinic and rival the likes of Tottenham Hotspur and Borussia Dortmund for his signature, talkSPORT reports.

The Juve ace was also previously a target for Manchester United and Turkish club Galatasaray, but has since become one of Andre Villas-Boas’ main targets as he looks to bolster his attacking options in a bid to claim a lucrative Champions League spot come the end of the season.

Reports over the weekend suggested that Dortmund are lining the 30-year-old as a replacement for the outbound Robert Lewandowski, who can leave the club for free at the end of the season unless someone can come up with a suitable offer for him during the January transfer window.

However, Newcastle are also desperately looking to add to their frontline after manager Alan Pardew only managed to add QPR forward Loic Remy to his squad on a season long loan deal, and he could be handed a black cheque in order to go and get his man.

Vucinic recently confessed that he would consider exiting the Turin club after the arrivals of Carlos Tevez and Fernando Llorente during the summer transfer window, but it is believed that Juve’s £8.5m valuation could put clubs off.