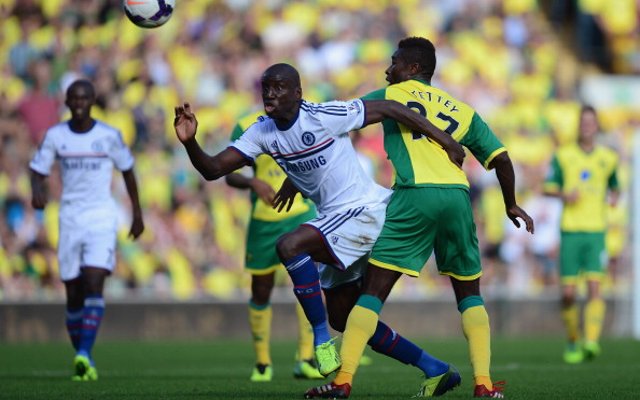 West Ham, who have failed to score in six out of their 10 Premier League games this season, are preparing a bid for 28-year-old striker Chelsea striker Demba Ba – Daily Mirror

Chelsea manager Jose Mourinho has been given permission to bring in another striker in January after Samuel Eto’o, 32 and Fernando Torres, 29, scored just one goal apiece in his side’s first 10 Premier League games – Daily Mail

Arsenal and Tottenham could be ready to step up their efforts to buy Alexandre Pato, 24, after Brazilian club Corinthians said they would be prepared to sell the striker in January – Daily Star

Stoke, Hull, Sunderland and Crystal Palace have all been linked with a move for Arsenal striker Nicklas Bendtner, 25, in the January transfer window – Metro