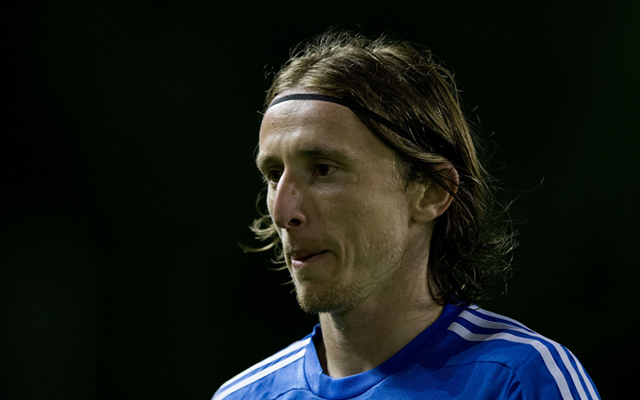 Creative midfielder was honoured to be wanted by Ex-United boss.

Check in to Real Madrid vs Real Sociedad

Real Madrid forward Luka Modric has said that he is still flattered to know that Sir Alex Ferguson wanted to take him to Manchester United before retiring at the end of last season, Sky Sports reports.

Speaking in Italy ahead of his side’s Champions League encounter with Juventus on Tuesday he told reporters of his career before leaving Tottenham for Madrid.

He confessed that current Real coach Carlo Ancelotti had wanted to take him to Paris Saint Germain, whilst Ferguson wanted to snap him up for United.

“Ancelotti wanted me already,” he said. “One year ago at PSG and in 2011 at Chelsea. But then Andre Villas-Boas came and Tottenham did not want to give me up.

“I also knew of the interest of the United and even if the transfer did not materialise, the public appreciation of a great like Sir Alex is a big pride for me.”

Modric also explained that former AC Milan and Croatia legend Zvonimir Boban helped him settle in London when he joined from Dinamo Zagreb in 2008 as he initially struggled to settle to life in the UK.

“Zvonimir Boban is an idol for me, an example of football and life. When I arrived at Tottenham and I received strong criticism, Boban took my number and called me,” he revealed.

“He encouraged me and told me to hold on, that he had similar problems when he arrived in Italy. That chat was very important for me and my career.”

He added that his team-mate Cristiano Ronaldo should win the Ballon d’Or.

“For me there is no doubt, Ronaldo is the best,” he said.