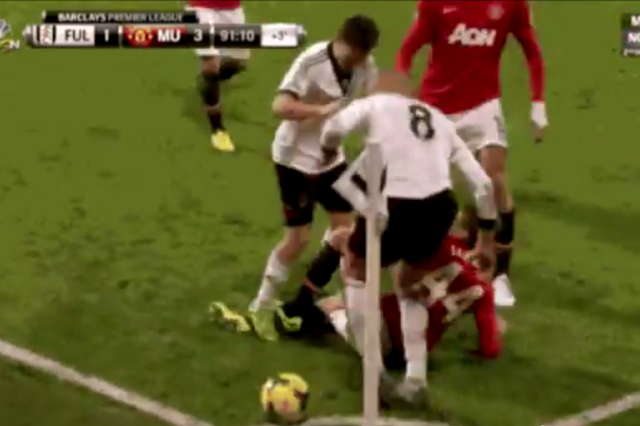 Fulham defender Sascha Riether has become the first Premier League player to be charged under a new retrospective action scheme.

Under the new rules, a three-man panel of former referees looked at the incident and advised Reither committed an act of violent conduct.

Riether has until 1800 GMT on 5 November to respond to the charge.

See the incident below and make your mind up over whether the Craven Cottage wide-man deserves punishment.