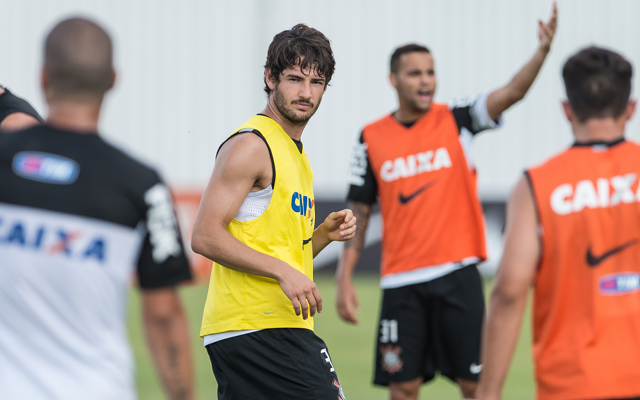 Gunners are keen to add more firepower to their attack at the Emirates next year.

Premier League leaders Arsenal are said to still be closely monitoring in-demand Corinthians front man Alexandre Pato with a view to possibly signing the Brazilian when the winter transfer window opens again for business in the new year, according to reports on talkSPORT.co.uk.

The highly rated Brazil international only moved back to his homeland from Serie A giants AC Milan last January on a four-year deal for a fee of £12.8 million.

And since signing for Corinthians, Pato has managed to hit the back of the net on 16 occasions in total in his 52 appearances in all competitions for his new team, including eight strikes in his 25 league outings for the Brazilian outfit.

However, despite having a contract with Corinthians that runs until June 30 2017, it is still believed that Pato’s employers would be willing to sell the striker should they receive an acceptable offer for the 24-year-old, either at the turn of the year or as seems more likely, at the end of this current campaign.

In fact, Arsenal’s fierce north-London rivals Tottenham Hotspur actually came desperately close themselves to landing Pato during the recent summer transfer window, while the Gunners are also believed to be keeping close tabs on the forward.