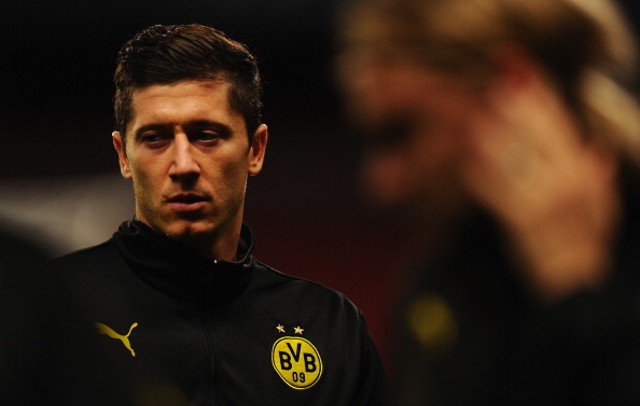 Borussia Dortmund star Robert Lewandowski claims to have decided where he will be playing his football next season, Sky sports reports.

The Polish international has been consistently linked with moves to the likes of Bayern Munich, Chelsea and Manchester United to name but a few and speculation has been rampant over who may win his signature after he underlined his intention to leave Jurgen Klopp’s side when his contract expires next summer.

Last month he had hinted at a move to England after he confirmed that his desire to play in the Premier League was still strong, but at the time he was yet to select a new club.

However, he has now confirmed that he has made his mind up over where he hopes his future will lie.

“I will reveal my future next year. No one needs to get in touch with me anymore,” he told Sport-BILD weekly.

“I have decided what I am to do. I simply want to have a new challenge next season, despite the fact I am feeling very, very happy being at Borussia Dortmund.”

The 25-year-old joined Dortmund back in 2010, but has decided to not to renew his current deal at the club after being denied a move away over the summer.