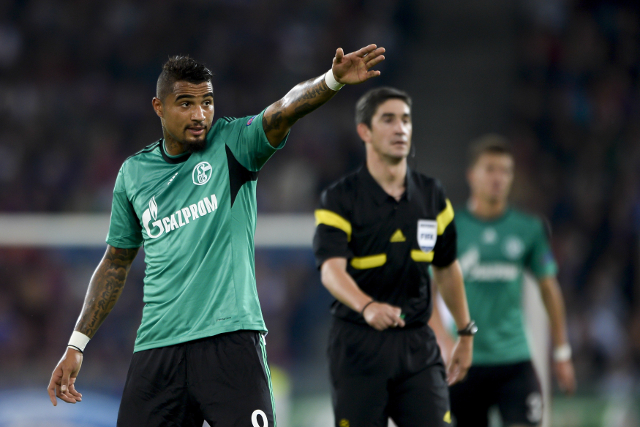 Ghanaian wants to show the watching public the real Kevin-Prince Boateng against the Blues.

Schalke 04 midfield player Kevin-Prince Boateng has admitted that he made a number of mistakes during his time at Tottenham Hotspur, while also warning Chelsea that they will face a tough task against the Bundesliga outfit in their Uefa Champions League clash on Wednesday night, according to reports in the Daily Mail.

The highly rated Ghana international spent two seasons with the north London club between 2007 and 2009 after being brought to the Premier League from Bundesliga side Hertha Berlin for just £5 million.

However, it is fair to say that Boateng was not a great success at White Hart Lane, with the 26-year-old featuring in just the 24 matches in total in all competitions during his two years in the capital, including only 14 in the Premier League, before being shipped out on loan back to Germany with Borussia Dortmund.

And now the attacker has revealed that most of the blame for his failure at Spurs lays at his own door: “I think everybody knows I had a difficult time when I arrived here.

“I was young. I had the money. You come here at 20 and have to play for Tottenham, and it wasn’t easy for me. I chose the wrong way because I was not experienced enough.

“At Portsmouth I showed what I could do, the kind of football I was capable of. It’s good to be back. I love the city of London, I’ve seen a couple of friends, and I love the football culture.

“It’s always nice to be in England. It’s the kind of football I love to play. Even playing at Stamford Bridge, it’s amazing.”

However, Boateng has warned the west London club that Schalke have come to the capital looking for revenge after they lost 3-0 at home to the Blues the last time the two sides met in September.

“This game is very important, we’re not just here to sightsee.”