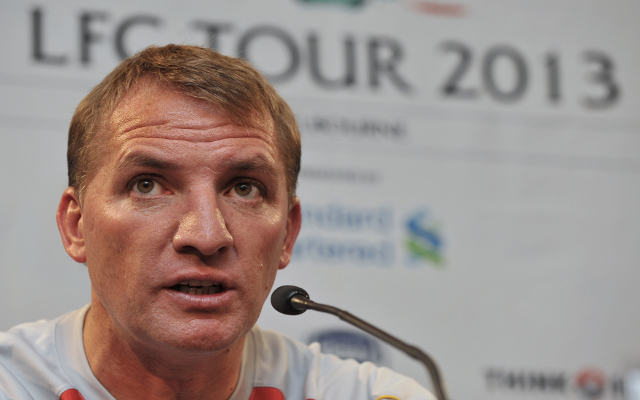 Northern Irishman is hoping to steer the Reds to a top-four finish in the Premier League this season.

Liverpool head coach Brendan Rodgers says that he is targeting players who are “brave” on the ball” to bring to Merseyside when the winter transfer window opens again for business in the new year, according to reports in the Daily Mail.

The Northern Irishman, who took over from previous Reds manager Kenny Dalglish in the Anfield dugout in June 2012, has overseen a remarkable turnaround in the Premier League giants’ fortunes in his time at the club.

And Rodgers, who watched his team lose their top-of-the-table clash with Premier League leaders Arsenal 2-0 at the Emirates on Saturday evening, has now given a revealing interview in which the 40-year-old states just what type of characteristics he looks for when recruiting new players to sign for Liverpool.

“I think my history as a coach shows I like players who are gifted technically and have courage when it comes to being in possession of a football,” said Rodgers.

“That is a key quality for me; can you be brave on the pitch, not in terms of 50-50 tackles but having the ball and looking to play in areas others wouldn’t?

“I would say you can’t divorce the two – ability and personality.

“It all comes as part of the package. A player’s character is a crucial factor I look into before committing to signing them.

“They also need to show a willingness to learn, regardless of age and experience; that’s very important to me.”

The Merseysiders have surprised many neutral observers so far this season with their form in the top flight, with the Reds currently in third position in the Premier League after the opening ten league fixtures, with Rodgers’s men level on points with mega-rich rivals Chelsea, albeit with an inferior goal difference though to the west London club.

And it is now expected that the Liverpool boss will once again be splashing the cash come the turn of the new year as the Reds look to seal a top-four finish in the league come next May.