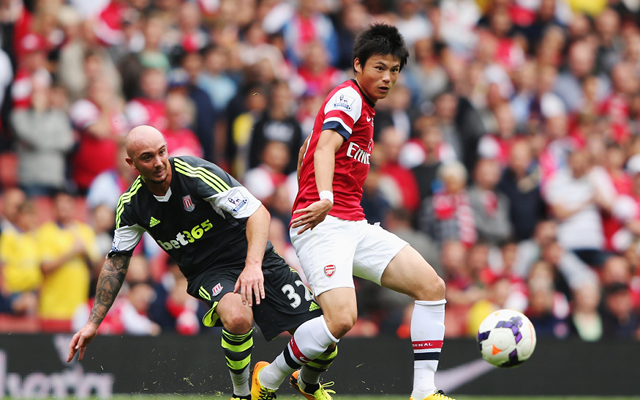 Troubled midfielder pleased to be with the Potters.

Check in to Swansea City vs Stoke City

The 27-year-old has endured a nightmare spell at Villa Park since joining in 2010, and has now been given a new lease of life at the Britannia Stadium as he spends the 2013/14 season hoping to impress before his contract with Paul Lambert’s men expires in the summer.

He has been reunited with his former manager at Manchester City, Mark Hughes, and has established himself as a first team regular under the man who famously got the best out of him during their time in the northwest, and he has thanked the manager for allowing him the opportunity  to kick start his career.

“The last nine months, maybe, I was training on my own,” Ireland said on a visit to St Teresa’s Catholic School, organised by the club’s Community Trust.

“That’s not very nice for a player to be going through that. It’s tough, it’s mentally draining, you feel not wanted. Pre-season I was on my own again and I came here and it’s been great.

“I’m grateful to Stoke, to the manager, for bringing me here and I am going to make sure I make the most of my opportunity.