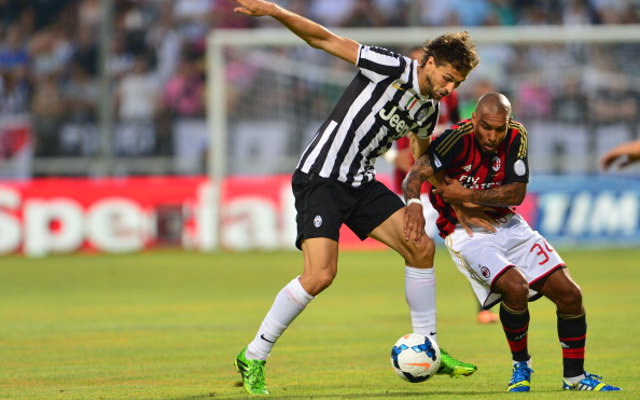 Italian giants Juventus have responded to speculation surround striker Fernando Llorente’s future by insisting that the player is not for sale, Sky Sports reports.

Premier League side Arsenal have been credited with an interest in his services as he continues to struggle through the early stages of the season and rumours have Arsene Wenger’s side making a move for him in the January transfer window.

Llorente has struggled for game time and form since his switch from Athletic Bilbao in the summer, but in recent weeks he has began to establish himself more after scoring in successive Champions League ties against Real Madrid.

Juve coach Antonio Conte has intimated that he believes there is much more to come from the 28-year-old over the course of the season and he has no intention of giving up on the Spanish international after just six months in Turin.

And general director Giuseppe Marotta has confirmed that the club will not be entertaining any bids for him in the January transfer window by saying; “The player is not for sale, he has never been for sale, and he remains with us.

“There is great confidence in the boy, he is reaching top condition.

“We are very happy with him and with his progress.”