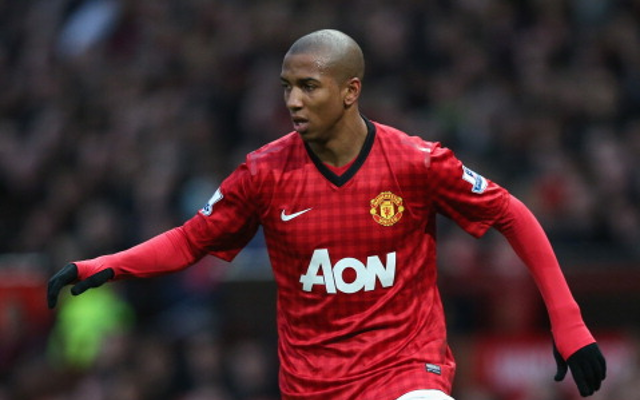 Forward is not a popular figure in the north west at present after his latest indiscretion.<a href=’fanatix://eventid/51c186de034c7dfe27000069/’ class=’in-app-event-link’>Check in to Manchester United vs Arsenal</a>

New Manchester United head coach David Moyes is understood to be seriously considering offloading controversial wide man Ashley Young when the winter transfer window opens again for business in the new year, according to reports in the Daily Telegraph.

The England international was making the headlines again on Wednesday morning after winning the Premier League champions a dubious-looking spot kick in their Uefa Champions League group-stage clash against Liga outfit Real Sociedad at the Anoeta the previous evening.

And this latest incident involving Young is just another in a long line of other such acts of ‘simulation’ that been highlighted by the media, with the Red Devils now said to be so concerned about the 28-year-old’s reputation in the press that they may have to sell the winger at the turn of the year.

The 28-year-old has only been at Old Trafford since June 2011, when previous United manager Sir Alex Ferguson bought Young from Aston Villa on a five-year deal for a fee believed to be somewhere between £15m and £20m.

However, after just eight goals in total in his 62 appearances for the Premier League giants, the Englishman has not been the success that many had envisaged him being when he was first signed by United.