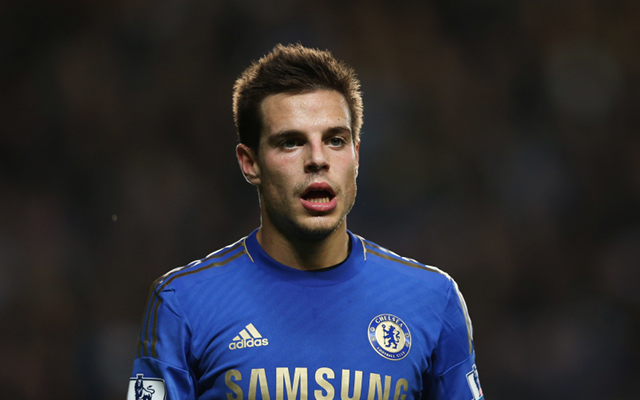 Serie A high-flyers Napoli are interested in signing out-of-favour Chelsea defender Cesar Azpilicueta when the winter transfer window opens for business in the new year, according to reports in the Daily Star.

The Spain international worked under now Napoli head coach Rafa Benitez at Stamford Bridge during the Spaniards’s short spell in charge of the west London club earlier this year, and it is understood that the 24-year-old greatly impressed his manager.

And with Azpilicueta having barely featured so far for the Blues this season under returning boss Jose Mourinho, the Southern Italians are thought to be hopeful of being able to lure the right back to Naples at the turn of the year.

Azpilicueta has appeared in only the seven matches in total in all competitions to date under the self-styled ‘Special One’, although only three of those have actually come in the Premier League, with the full back having contributed one assist for the team cause along the way.

However, with a current contract with the Blues that runs until June 2017 after Azpilicueta moved to Chelsea from Ligue 1 giants Olympique de Marseille for just £7m in August 2012, the player will not come cheap to buy in January, though.