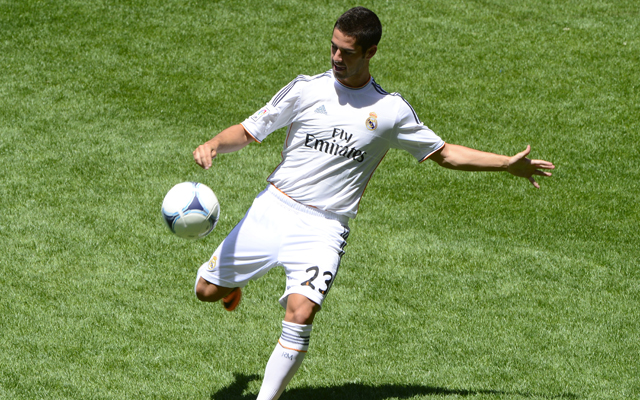 Former Arsenal and Manchester City target Isco could be set to be handed an shock early exit from Real Madrid as he has already fallen out of favour under coach Carlo Ancelotti, talkSPORT reports.

Reports in Spain suggest that the 21-year-old is already behind the likes of Cristiano Ronaldo, Luka Modric and Gareth Bale, as well as wonder sub Angel Di Maria in the Spanish capital and faces a tough task to get in ahead of them.

Isco has seen himself resigned to being an unused substitute for the side’s previous two games; a 3-2 league victory over Rayo Vallecano and the Champions League draw with Juventus in midweek.

The Spanish international made a name for himself at Malaga over the previous two seasons where he was coached by Manuel Pellegrini, who had wanted to bring him along to Manchester City with him. However, both he and Arsenal boss Arsene Wenger have been noted as long term admirers of the player, with the latter proving that he is more than capable of spending big money with the summer capture of Mesut Ozil.

Real had initially paid a fee of around £25m to land the young playmaker, but that was soon dwarfed by the money the club paid for Gareth Bale on transfer deadline day.