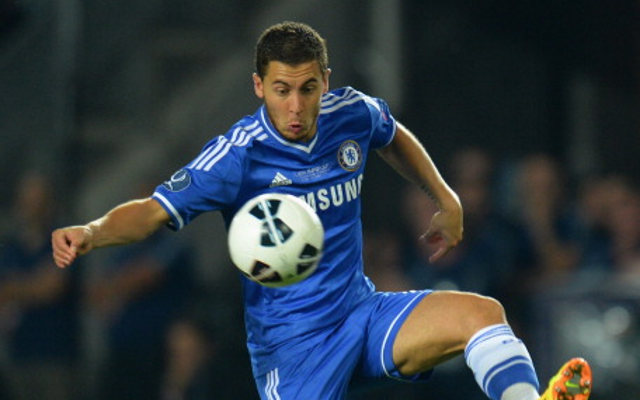 Belgian will be back in contention though when the Baggies visit the Bridge this weekend. <a href=’fanatix://eventid/51c186d9034c7dfe27000067/’ class=’in-app-event-link’>Check in to Chelsea vs West Bromwich Albion</a>

Chelsea midfielder Eden Hazard was dropped by head coach Jose Mourinho for the west London club’s Uefa Champions League group-stage fixture with Schalke 04 on Wednesday night because the Belgian had forgotten his passport when trying to return from France earlier in the week, according to reports in the Daily Mail.

The highly rated playmaker’s name was a surprise omission from the Blues team sheet when they took on their Bundesliga opponents at Stamford Bridge in Europe’s premier club competition in midweek, in a crucial contest that the home side won 3-0.

However, after the full-time whistle, the self-styled ‘Special One’ revealed in his post-match press conference that Hazard had been axed from the Chelsea matchday squad after failing to turn up for training at the club’s Cobham HQ on Monday morning.

The brilliant Belgium international had been given permission by the west Londoners to travel to France on Sunday to attend a reunion with his former Lille team-mates, and then also watch his old side take on Ligue 1 high-flyers AS Monaco at home in their huge Ligue 1 clash.

But the 22-year-old then missed his returning train home on the Eurostar after forgetting his passport, although Mourinho is now expected to recall the player for the visit of West Bromwich Albion in the Premier League on Saturday afternoon.