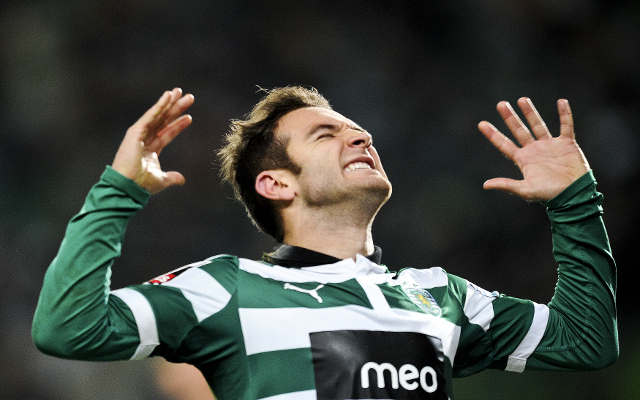 North-London rivals Arsenal and Spurs are also both said to be keen on the Spaniard.

A whole host of Premier League clubs have been put on alert after Portuguese giants Sporting Lisbon made it be known that coveted wide man Diego Capel will be available to buy for £6m when the winter transfer window opens for business in the new year, according to reports in the Daily Express.

The former Spain international has been closely monitored of late by the likes of Liverpool, Tottenham Hotspur and Arsenal, as well as Ligue 1 outfit Olympique de Marseille, although it is understood that it is the Merseysiders who have shown the strongest interest in Capel recently.

In fact, Reds head coach Brendan Rodgers even saw a bid of £3m for the in-demand 25-year-old rejected out of hand by the Lisbon side during the summer transfer window.

However, with Sporting now said to be desperate to offload as many high earners off their wage bill as is possible, Capel will be put up for sale at the turn of the year after spending the previous two years in the Portuguese capital.

And with 12 goals in total in his 88 matches in all competitions for Sporting since joining the club from Liga side Sevilla, it is expected there will be strong interest in the winger come January.