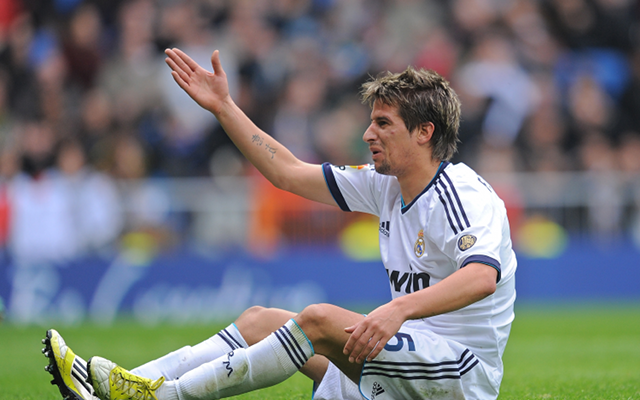 Both top-flight outfits are desperate to land the Portuguese left back. <a href=’fanatix://eventid/51c186de034c7dfe27000069/’ class=’in-app-event-link’>Check in to Manchester United vs Arsenal</a>

Premier League champions Manchester United will go head to head with rivals Tottenham Hotspur for the signature of highly rated Real Madrid defender Fabio Coentrao when the winter transfer window opens for business in the new year, according to reports in the Daily Mail.

The coveted Portugal international was on the verge of moving to Old Trafford in the final hours on transfer deadline day on a season-long loan deal, only for the Red Devils to run out of time to complete the move.

However, with experienced French left-back Patrice Evra’s current contract at the Theatre of Dreams now set to run out at the end of this current campaign, and the player not expected to sign a new deal at United after making it clear that he wishes to return home for unspecified personal reasons next summer, new Red Devils head coach David Moyes is understood to already be planning for life in the north west without his some-time skipper.

So much so that the Scot wants United to return with an offer for Coentrao at the turn of the year, although the Premier League giants know that they will have to compete with their rivals from White Hart Lane in order to land the 25-year-old, with the north London club also keen to sign the attacking full back in January too.