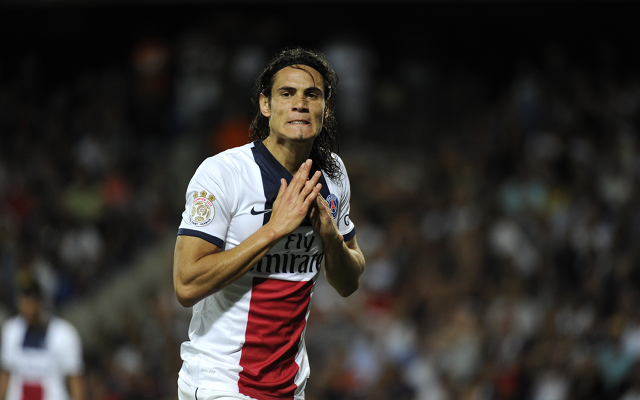 City even saw a bid of £29m for the Uruguay attacker rejected by his former club Napoli last summer, before his eventual move to PSG.

Premier League giants Arsenal, Chelsea and Manchester City have all been put on alert by the news that Paris Saint-Germain front man Edinson Cavani is already said to be considering his future with the Ligue 1 champions, just months after first arriving in the French capital, according to reports in the Daily Express.

The coveted Uruguay international surprised many in the world of football when he finally decided to quit his previous club Napoli last July and move to the Parc des Princes on a lucrative five-year contract worth a whopping 64 million euros.

However, if reports in France are now to be believed, then Cavani is understood to already be considering his future with the mega-rich Ligue 1 high flyers, with the prolific striker believed to be unhappy at having to constantly be in the shadows of club captain and fellow forward Zlatan Ibrahimovic all the time.

As a result, the attacker has now asked his advisers to make discreet inquiries regarding a possible escape route from the big-spending Parisians for Cavani come the end of this campaign.

And that means that Arsenal, Chelsea and City, as well as the likes or Barcelona, Real Madrid and Bayern Munich, are all now keeping close tabs on the Uruguay marksman’s situation at PSG going forward.