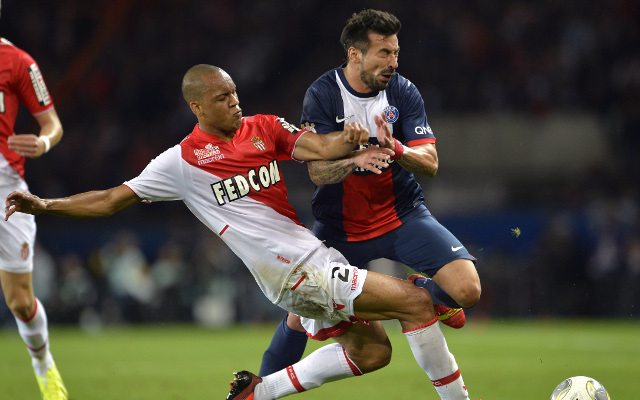 Twenty-year-old full back has really caught the Gunners’ eye while out on loan with Monaco so far in this campaign.

Premier League leaders Arsenal are pondering making a surprise move for highly rated Rio Ave defender Fabinho at the end of this season as a possible replacement for Bacary Sagna at the Emirates, according to reports in the Daily Mail.

The north London club’s in-form France international has a contract with the Gunners that now only runs until June 30 2014, and so Sagna will be able to start negotiating with foreign-based clubs as soon as the winter transfer window opens again for business in the new year ahead of a potentially lucrative free transfer move away from the capital next summer.

And with the right back still to have given Arsenal any indication whatsoever about what his future intentions may be, and with the likes of big-spending Ligue 1 sides AS Monaco and Paris Saint-Germain having both been heavily linked with Sagna of late, head coach Arsene Wenger is understood to already be planning for life without the Frenchman next season.

As a result, Wenger recently asked his Ligue 1-based scout, former Arsenal midfield player Giles Grimandi, to run his eye over Fabinho with a view to the north Londoners signing the Brazilian come the climax to this campaign.