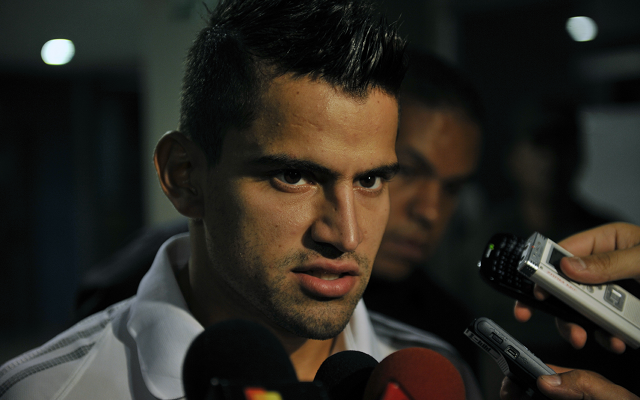 Venezuelan tells Germans he is ready to quit.

Fulham target Tomas Rincon has told current club Hamburg that he is ready to quit if they don’t improve their offer of a new contract, Sky Sports reports.

The 25-year-old is out of contract with the Bundesliga side at the end of the season and has been consistently linked with a move to England as Fulham are reported to be keen on bringing him on board at Craven Cottage. Stoke City and Sunderland are also said to be interested.

Hamburg are thought to be hoping to keep him, but the midfielder has taken issue with the proposed wages on offer.

“I love Hamburger SV. But I will not accept this offer I have received,” he told Hamburger Morgenpost.

“I know all about my value to the market and if we cannot agree, I will have to go.”

However, Hamburg general manager Oliver Kreuzer appears to be unwilling to up the offer from what has already been placed on the table.

“Tomas Eduardo Rincon has been handed a good contract offer. I don’t have a queasy conscience. Either he is accepting it. Or he does not.”

Rincon joined Hamburg back in 2009 from Deportivo Tachira and has gone on to make nearly 100 appearances during that time.