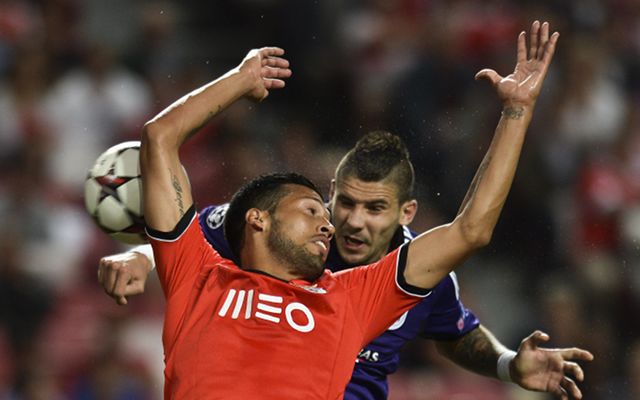 Check in to Juventus vs Napoli

Italian giants Juventus are set to rival Manchester United for the signature of highly rated Benfica defender Ezequiel Garay in January, according to Inside Futbol.

Garay had been strongly linked with a move to Manchester United over the summer with a rumours of an offer in the pipeline, but he ended up staying at the Estadio da Luz for another campaign after a concrete deal failed to materialise.

However, it doesn’t appear likely that he will be with the Portuguese side for much longer as a number of clubs have kept tabs on his progress over the course of the season and now Antonio Conte is believed to be measuring him up to bolster his defensive options in Turin.

Benfica will be reluctant to lose Garay midway through the season, but Juventus appear ready to make a big money offer to snap up the former Real Madrid defender.

The 27-year-old joined Benfica back in 2011 after failing to establish himself as a regular starter at the Santiago Bernabeu and had to return to his former side Racing Santander on loan in order to gain some significant playing time.