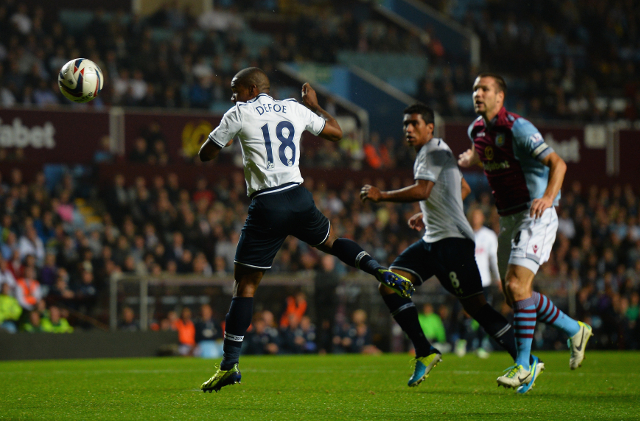 Englishman played for the east Londoners for five years, before leaving the club in acrimonious circumstances following their relegation from the top flight.

Check in to Norwich City vs West Ham United

West Ham United head coach Sam Allardyce has refused to rule out the possibility of the Hammers making a shock move to bring out-of-favour Tottenham Hotspur front man Jermain Defoe back to Upton Park when the winter transfer window opens again for business in the new year, according to reports in the Daily Mail.

The prolific England international’s days up front at White Hart Lane appear to be numbered after having only been used as a bit-part player in north London so far this season under manager Andre Villas-Boas.

In fact, Defoe has featured in 13 matches in total in all competitions under the Portuguese to date, scoring an impressive eight goals in the process.

However, none of those strikes have come in the Premier League though, only in either the Capital One Cup or the Uefa Europa League, with Villas-Boas consistently preferring to utilise recent big-money signing Roberto Soldado in attack instead of the Englishman.

Consequently, Defoe is now understood to be seriously considering his future in the capital, especially with this campaign ending as it does with the World Cup finals in Brazil.

But the Hammers boss would not confirm whether the east London strugglers would be making a move to re-sign the 31-year-old in January, only saying: “I can’t really comment on that because don’t forget if I comment on having an interest in a player that can be deemed as an approach and they could bring me up on an FA charge.

“Many a manager has been brought up on that over the years. I was flabbergasted when that first charge was made, against David O’Leary, if I remember rightly, saying ‘if that player’s available I would like to sign him’.

“I don’t want an FA charge. They have already had some of my money which they shouldn’t have had – they are not having any more.”
More Stories Tottenham Hotspur FC West Ham FC