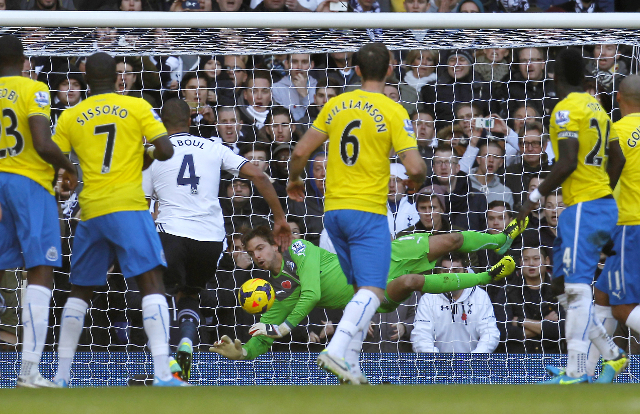 The San Siro side have had an awful start to the Serie A campaign, losing five of their opening 12 matches and the club may well be looking for a long term replacement for 36 year old keeper Christian Abbiati and Krul could be just the man for the job.

Alan Pardew would be loathed to lose the Dutch international, who has been in fine form of late, putting in a man of the match display to help his side to a narrow win away at Tottenham on Sunday.

The 25 year old may well feel that a high profile move to AC Milan would aid him to a more prominent role in Louis van Gaal’s national team set-up.

Krul is into his sixth season in the Newcastle United first team set-up and has made a total of 119 appearances for the St James’ Park side.