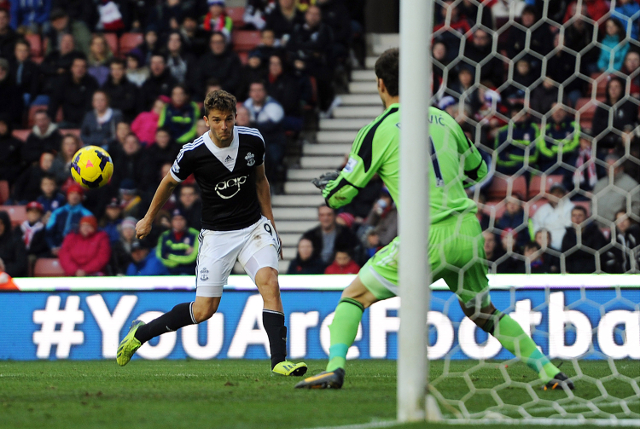 Liverpool and Arsenal will go head to head in the battle to sign in-form Southampton forward Jay Rodriguez.

Arsenal will now switch their focus towards £22m-rated Real Madrid forward Karim Benzema after fears grew at the Emirates that the Spanish giants will beat them to signature of in-demand Liverpool marksman Luis Suarez.

Stoke City boss Mark Hughes is keen to work again with unused Manchester City centre-back Joleon Lescott at the Britannia stadium after being the man who signed the Englishman for the Blues.

Newcastle United are interested in landing prolific PSV Eindhoven attacker Ola Toivonen and may even make a cut-price bid of £2.5m for the Swede if he fails to sign a new deal with the Eredivisie giants.