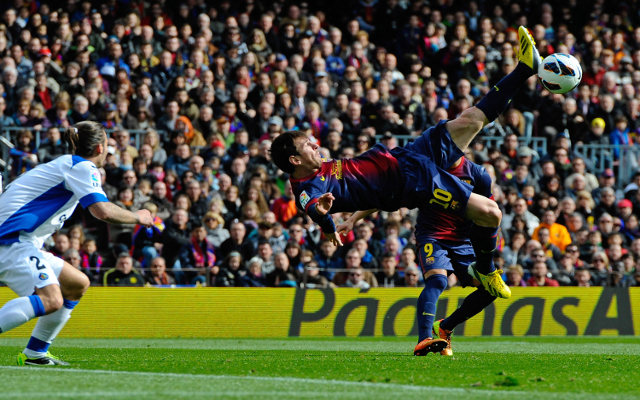 Influential forward man not expected to return until January.

Check in to FC Barcelona vs Granada

Barcelona have been struck with the terrible news that star forward Lionel Messi will not see action again until the new year having been ruled out for two months with a hamstring injury, talkSPORT reports.

The diminutive Argentinian limped off after only 20 minutes of his side’s 4-1 victory over Real Betis on Sunday after pulling up with the hamstring complaint, and further tests on Monday exposed the true nature of his problem was far worse than first feared.

And the news coming out of the Nou Camp has confirmed that he will be missing from between “six and eight weeks”.

A Barca statement read: “According to the club’s medical services, the tests taken on Monday morning by Leo Messi have confirmed that the player has suffered a torn muscle in the femoral biceps of his left leg.

“The approximate time he will be out is between six and eight weeks.

“The first part of his recovery will take place in Barcelona and the second, in Buenos Aires.”

Messi had began the season in typically flying form, bagging 14 goals in 16 appearances and his absence is likely to be huge as he will now miss fixtures against the likes of Ajax, Celtic and Villarreal.