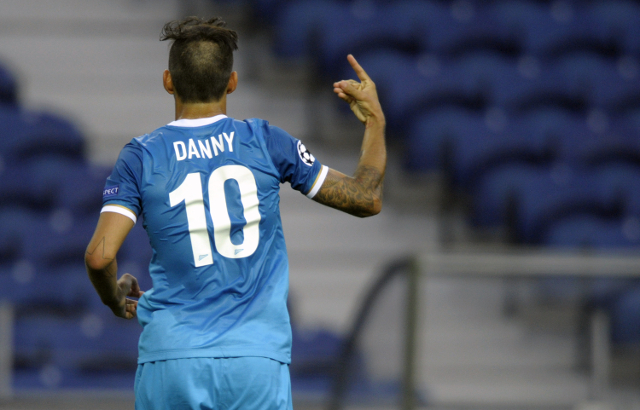 Old Trafford boss David Moyes may well feel his midfield lacks goals and that the addition of a more creative attacking force could help in his side’s push back up the Premier League table.

30 year old Portuguese international Danny has been a massive success since moving to Russia back in 2005, first impressing during a three year stint with Dynamo Kiev and then with Zenit.

The goal-scoring midfielder is into his sixth season at the club following a €30m move to the Petrovsky Stadium and has helped Zenit to a host of honours in that period, making 142 appearances and scoring 49 goals in the process and has scored ten in ten Russian Premier League fixtures this season.

Danny is contracted to Zenit until 2015 but could be available for just €15m according to this source and may well be seen as a possible replacement for Japanese international Shinji Kagawa, who has failed to make an impact at Man United.