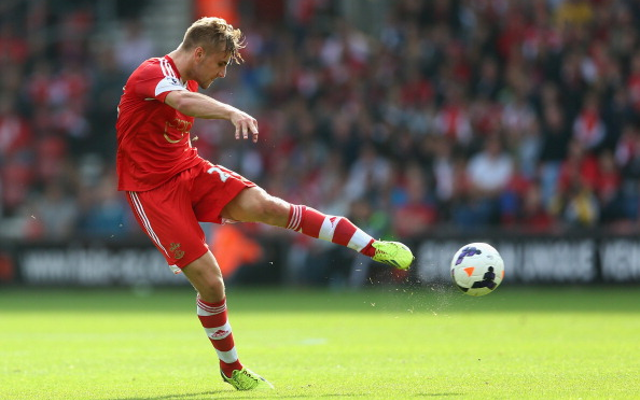 Southampton full-back Luke Shaw has once again insisted that his long term future lies at the south coast club as he prepares to shrug off more interest from the likes of Manchester United and Chelsea, Sky Sports reports.

The 18-year-old academy graduate has already established himself as a regular in the England under-21 set up and has been tipped to win promotion to the full squad soon enough following his good form at club level.

Shaw recently put pen-to-paper on a new five-year deal at St Mary’s and has once again reiterated that his long term future is with Mauricio Pochettino’s men and he is not even considering looking to move elsewhere.

“I don’t really take notice of things that are written about me – it is frustrating at times, but I just laugh it off,” he told Southampton’s official matchday magazine.

“They (the media) don’t know anything because they aren’t around the training ground and in the dressing room with me.

“They should know that I’ve signed a contract at Southampton and I’m not even thinking about moving.

“I am happy at Southampton because I’m playing football, which is exactly what I want to be doing.

“There are a lot of people out there that like to twist things – especially on social media – but I’ve said a lot of times that I am happy here, so I’ll just carry on.

“I think people are starting to realise what sort of a club Southampton is. We are young and ambitious, and we want to go places in the next couple of years.”