Emirates Stadium side in desperate search for attacking reinforcements. 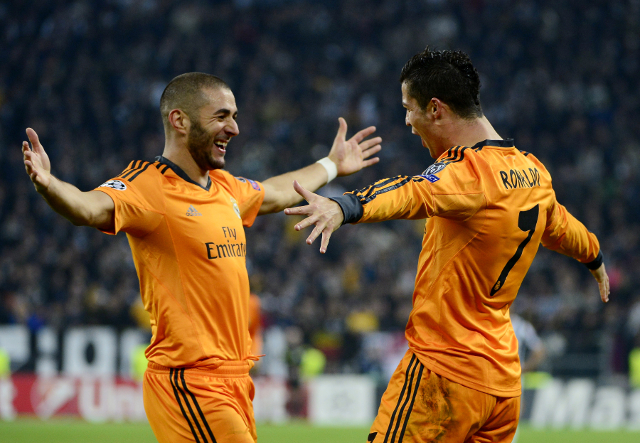 Arsenal are seemingly set on bringing in striking reinforcements in January as Arsene Wenger seeks to make the most of his side’s excellent start to the campaign.

The fact that the Gunners opted to bring on sub-standard Dane Nicklas Bendtner as the North London club chased to get something from their visit to Old Trafford is perhaps evidence of a lack of squad depth in the final third, clearly exacerbated by the loss of both Theo Walcott and Lukas Podoslki to injuries.

Arsenal are apparently ‘closing in’ on a deal to sign Real Madrid forward Karim Benzema according to the Sunday Mirror.

The Sunday Mirror believe that the North London side will make a £22m offer for the 25 year old French international as Arsene Wenger looks set to admit defeat in the pursuit of Liverpool striker Luis Suarez who is apparently on his way to the Bernabeu in a £50m deal.

Benzema came in for a fair deal of abuse from his own supporters earlier this season but has experienced an upturn in form in recent weeks, scoring four goals in his past four appearances, but the probable arrival of Suarez will clearly leave the former Lyon man out of Carlo Ancelotti’s first team starting eleven and as such a move to join former team-mate Mesut Ozil at the Emirates Stadium may prove tempting.

Arsene Wenger has been linked with an interest in Benzema for a fair few years and the Arsenal boss could well do with strengthening an attack that currently relies heavily on Olivier Giroud, with the aforementioned injured pair Podolski and Walcott being used primarily in wide roles.