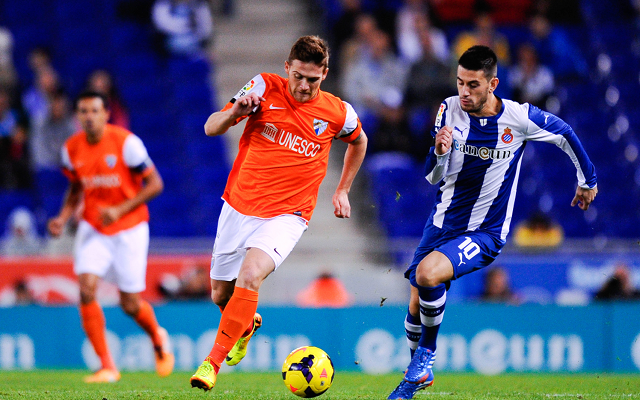 Starlet midfielder not concerned with Premier League switch just yet.

Young Malaga midfielder Sergi Darder has insisted that he is not focussed on a move away from the club just yet having just signed a new deal to stay and winning his first call up to the Spanish under-21 side, Sky Sports reports.

The 19-year-old was promoted to the first team this summer by new coach Bernd Schuster and he has been a real revelation for the side in the absence of former star man Isco, who left to join Real Madrid in August.

Recent reports in Spain have claimed that he is a target for Premier League big hitters Tottenham and Manchester City, who have both been keeping tabs on his progress with the view to making an £11m bid for him in the new year.

However, he has insisted that he is not interested in moving on so early in his career having just put pen-to-paper on a new contract.

“I am only focused on my work in Malaga,” he said.

“The future? I am calm and my desire is to progress in world football.”

Darder, though, is delighted to have signed a four-year deal with the club.

“When I first started pre-season training, I never knew I’d have such an amazing opportunity,” he said.

“This is what I’ve been working for all this time. Malaga really has given me everything.

“I’m so thankful to the club for where I am today, and I’d like to remain here as long as I can. I’ll always be grateful to Malaga.”