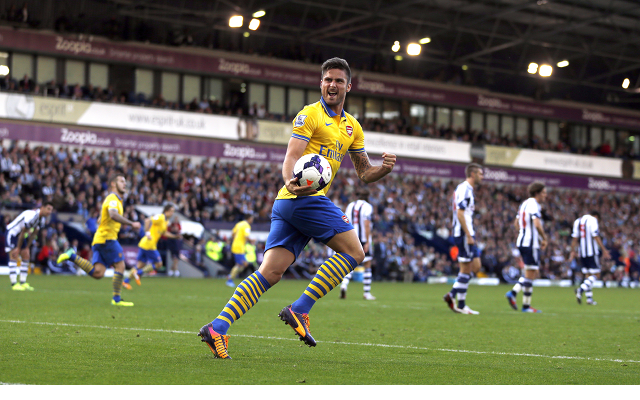 French striker suffering from fatigue, according to teammate.

Arsenal defender Laurent Koscielny has warned that teammate Olivier Giroud is suffering from fatigue after leading the Gunners front line on his own so far this season, the Daily Mail reports.

The France international has already played 21 games in 89 days since the season kicked off in August and has played a key role in the side’s ascent to the top of the Premier League table.

However, he has failed to find the net in his last four appearances for the Gunners and Koscielny believes that the strain of leading the line on his own is starting to take its toll.

“It’s true that he’s not scoring but he is setting them up, like he did against Dortmund,” he said.

“But he’s also playing game after game and hasn’t had a rest, so maybe he’s feeling a bit of fatigue.

“He’s very important for us – strong and always answers the call on the pitch. If you look at the games, he weighs enormously on the opposition’s defence. All the balls he wins are in the air with his back to goal. He works very hard up front.”

Arsenal’s eye for goal deserted them last weekend as they went down by a single goal to Manchester United, cutting their lead at the top of the league to just two points.

And it may be just the prompt that Arsene Wenger needs to dip into the transfer market for a new striker as his only other options are Yaya Sanogo, who has been missing with a back injury and the outcasted Nicklas Bendtner.