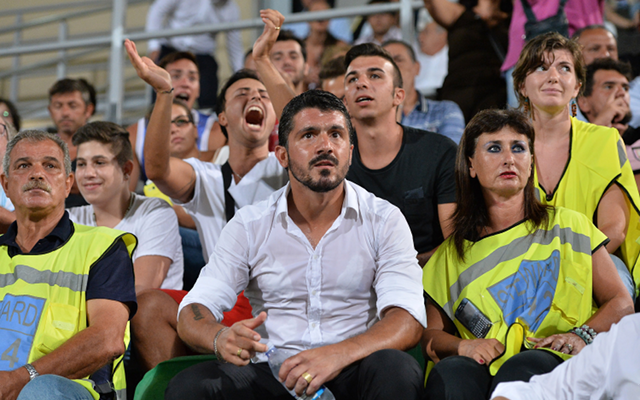 Italian firebrand links up with Gunners…as an intern.

Former AC Milan midfielder Gennaro Gattuso is set to link up with Arsenal as a coach, but only for a short training scheme, the Metro reports.

The World Cup winner has already dipped his toes into the managerial waters with short spells in charge of Swiss side FC Sion and Palermo in his homeland and he will now head to Arsenal’s London Colney training complex in order to boost his credentials for the next time around.

His time in charge of Sion was fraught with difficulties thanks to a strained relationship with club owner Christian Constantin, but his time in Sicily was no better and he found himself out of a job after two wins in his opening six games in Serie B.

Gattuso certainly has all of the makings to be a successful coach. Having made a name for himself with a short spell at Glasgow Rangers in the 1997-98 before heading to AC Milan where he won two Champions League titles as well as two Scudetto’s over the course of 468 appearances for the club.