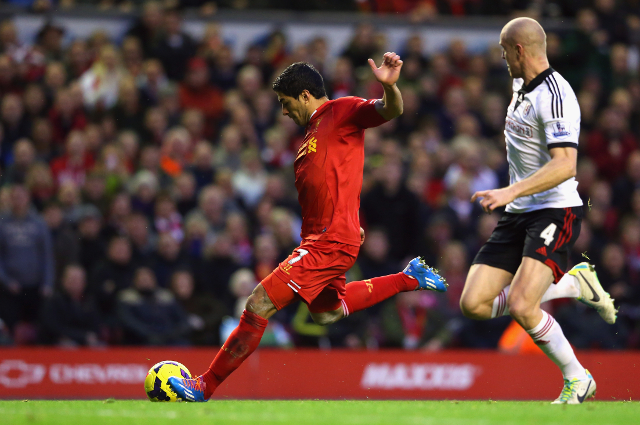 The mercurial, controversial, yet brilliant Uruguay international was closely tracked by Arsenal head coach Arsene Wenger throughout the summer, with the north Londoners even lodging two big-money offers with their rivals from Anfield for the 26-year-old.

However, on both occasions the Merseyside giants rejected the Frenchman’s advances, despite their final bid being valued at a whopping £40 million plus £1, which Wenger and the club both believed was enough to trigger a release clause in Suarez’s contract with the Reds.

But Wenger has remained on the striker’s trail in this campaign though and with Suarez currently not cup tied in the Uefa Champions League owing to the fact that Liverpool are not involved in European club competitions this season, the player is even more attractive to the Gunners, although they also know that they will need to break the bank in order to persuade the forward’s employers to part company with their star man.