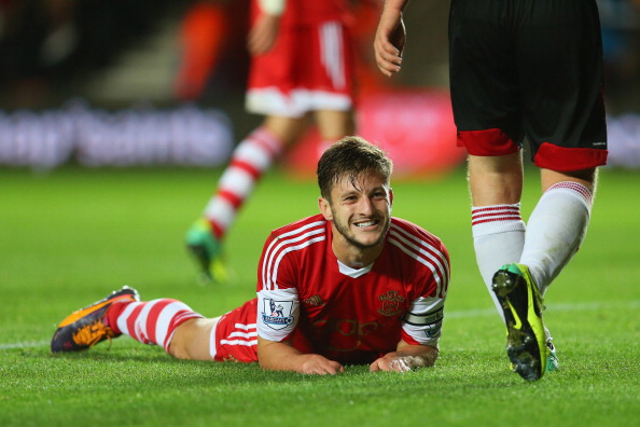 Reds are keen to add more creativity to their midfield next year.

Premier League giants Liverpool are eyeing up a possible move for in-form Southampton forward Adam Lallana when the winter transfer window opens again for business in the new year, according to reports in the Daily Star.

The recently called-up England international has really caught the eye for his high-flying club so far with a series of impressive attacking displays in the top flight this season, hence his recent elevation to Roy Hodgson’s Three Lions squad for the upcoming international friendly double header against Chile on Friday and Germany next Tuesday at Wembley Stadium.

In total this campaign, Lallana has managed to register an excellent three goals and three assists in just his 11 Premier League outings for the south-coast club, and it is those kind of attacking numbers that are believed to currently be attracting the attentions of watching Liverpool head coach Brendan Rodgers.

The Northern Irishman is known to be on the lookout at present for new exciting talent to add to his midfield come the turn of the year, with Rodgers now expected to make a move for the highly rated 25-year-old in January.

However, with Lallana contracted to St Mary’s until June 2018, the creative midfielder will not be cheap to lure from the Saints though.