Old Trafford side ready to spend big in January. 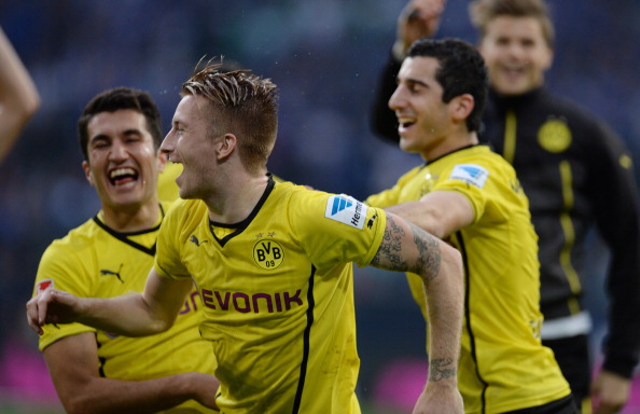 Man United boss David Moyes is seemingly very keen to strengthen his squad after a stuttering start to the current campaign and the Daily Mail outlines nine players on the Scot’s transfer wish-list.

Moyes has set his sights on Borussia Dortmund duo Marco Reus and Ilkay Gundogan and is ready to use former Jurgen Klopp favourite Shinji Kagawa in part exchange in pursuit of the pair.

24 year old attacker Reus has a £29.4m release clause but Moyes will find it tough to convince the German international to leave Dortmund, who narrowly finished runners up in the Bundesliga and Champions League in the former Borussia Monchengladbach star’s first season at the club.

Box to box midfielder Gundogan may be considered a steely option to add some steel to Man United’s midfield and the strong running battler is also a force going forward.

Despite failing with summer advances for Barcelona star Cesc Fabregas the Premier League side are also still very much interested in the former Arsenal captain.

Moyes will have been encouraged by the Spaniard’s comments following his two-goal salvo against Real Betis on Saturday.

The 26 year old stated: ‘Today was time to say that I am here. I know the boss has a starting team in his head, and I am not in it.