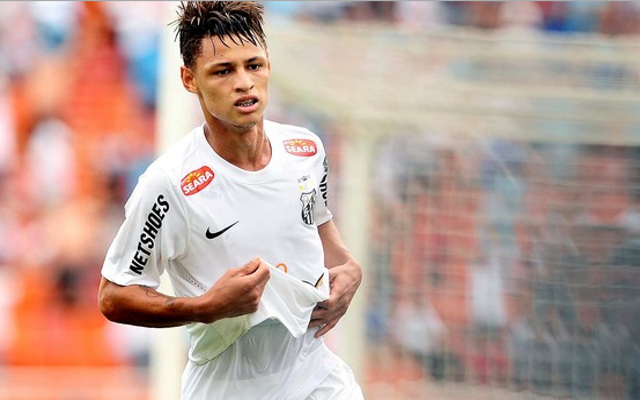 Brazilian prodigy wears the same No 11 shirt that Neymar did at Santos, while also sporting a similar haircut too as the new Barca playmaker.

Premier League giants Tottenham Hotspur are interested in signing young Santos star Neilton, aka the ‘new Neymar’, when the winter transfer window opens again for business in the new year, according to reports in the Daily Mail.

The north London club have been keeping close tabs on the exciting 19-year-old with a view to possibly bringing Neilton to White Hart Lane at the turn of the year, and that is because the forward’s current contract with his employers in Brazil now only runs until June 30 2014.

As a result, it is believed that Santos would rather sell their star man in January to the highest bidder, rather than risk losing Neilton on a free transfer at the end of this season, after the 19-year-old rejected the club’s recent offer of a new deal on terms of £7,000 per week, with the Brazilian said to be demanding a weekly salary of £20,000.

And now it is thought that Santos, who have rejected an offer of late thought to be worth £600,000 for Neilton from La Liga outfit Sevilla, would even entertain taking a ten per-cent share of any sell-on fee instead of a transfer sum in January for the player if Tottenham would be willing to accept such a deal.