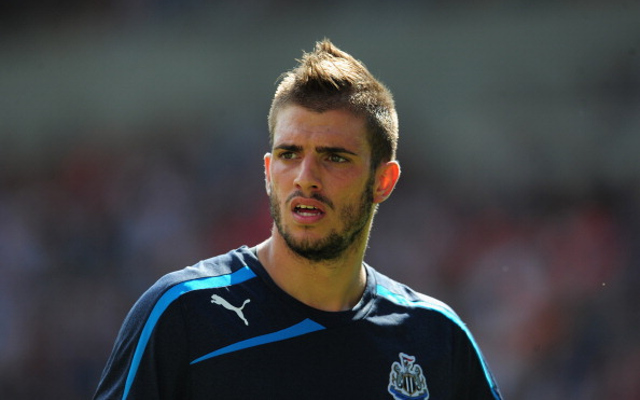 Italian is keen to return home in order to win back his place in the Azzurri squad for next summer’s World Cup.

Serie A giants AC Milan are interested in signing Newcastle United left-back Davide Santon as a replacement for departing full-back Ignazio Abate at San Siro, according to reports in the Daily Express.

The Italy international, who used to play for Milan’s great rivals Inter Milan, has been at St James’ Park now f0r the past two years and is contracted to the Magpies until June 30 2016.

However, it is thought that were the Rossoneri to come in for Santon, then the 22-year-old would be interested in moving back to Italy to take over from compatriot Abate, who is expected to be joining either Arsenal or Paris Saint-Germain next summer.