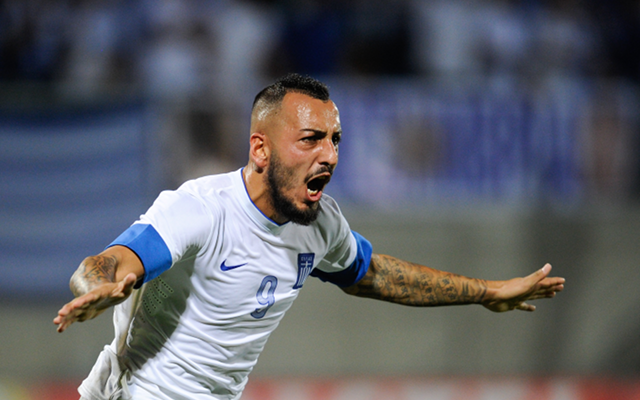 Greek giants Olympiakos have warned Arsenal off of making a bid for prolific striker Kostas Mitroglou in the January transfer window by insisting that they will do everything they can to keep him at the club, Inside Futbol reports.

Mitroglou has put himself in the shop window this season with his electric performances in the Champions League that have given the Greek side a great chance at being able to progress through to the knockout stages of the competition.

He has already bagged 19 goals in all competitions this season and has attracted attention from the likes of Arsenal, Borussia Dortmund and Inter Milan, and though the club are expecting a slew of offers for him to come in during the January transfer window they have sought to let any interested parties know that they are not interested in a sale.

“He is vindicating himself and also his talent. He enjoys what he does, he enjoys playing and scoring goals”, Olympiacos sporting director Pierre Issa is quoted as saying.

“He is paying back our trust. We have had an impact with Mitroglou, this is normal.

“We want to keep him at our club for as long as possible.”

However, it is believed that he has a clause installed in his contract that would allow him leave for just €8m, but Issa has stated that he is not concerning himself with that.

“What concerns us now is that he feels happy playing at Olympiacos and we are very happy to have him. What counts is the relationship we have with him. We cannot have this debate now about the clause.”

And Issa stressed that he sees no way for Mitroglou to depart in January.

“The truth is that until the summer at least Mitroglou will remain here with us at Olympiacos. Hopefully for longer.

“There is no way to do anything in January, as with any other player.”