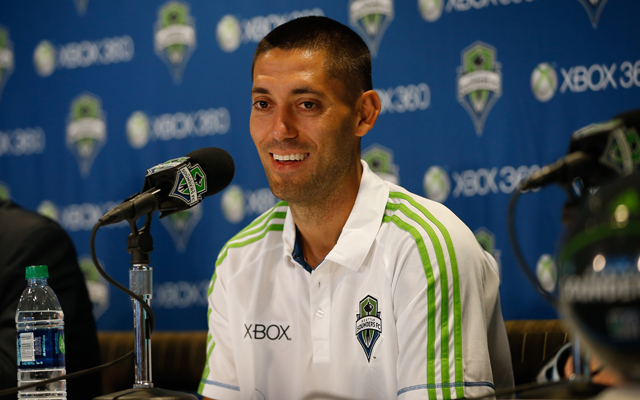 Tottenham have set their sights on re-signing American attacker Clint Dempsey on a loan deal in January but according to TuttoMercato the North London club are not the only side interested in bringing in the 30 year old on a temporary basis.

Everton, Fulham and Aston Villa are all said to be keen on taking Dempsey on a three month deal, during the MLS close-season break, though Tottenham do reportedly have first refusal on the Texan.

Dempsey moved to the Seattle Sounders in August after a seven season spell in the Premier League but the experienced forward could well be interested in a short term return to the English top flight.

Tottenham boss Andre Villas-Boas may well be keen to strengthen his attack given the poor return of just nine goals in 11 Premier League fixtures and the addition of Dempsey could well help in that regard.

Dempsey netted 60 goals in 225 games for Fulham and his tally of 23 goals in his final season earned him a move to Tottenham where the adaptable forward struggled to make a consistent impact and the chance to rectify that may be a motivating factor in terms of a possible White Hart Lane return.

Tottenham Remain In The Running To Sign ‘New Neymar’ In January