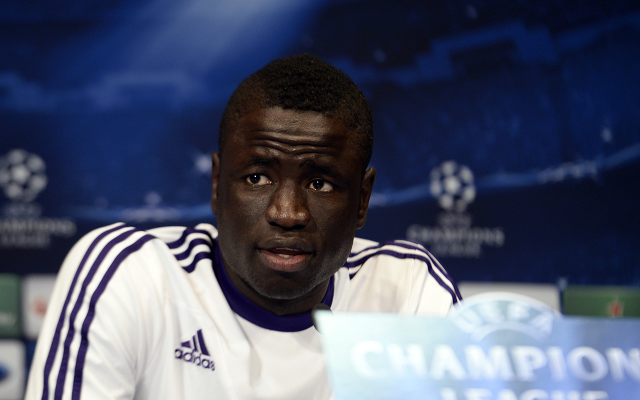 Gunners handed the go ahead to sign young defender.

Arsenal have been given the green light to make a move for highly rated Anderlecht defender Cheikhou Kouyaté in January as the Belgian club confirmed that they are willing to listen to offers for him, the Metro reports.

Gunners boss Arsene Wenger is a known long term admirer of the player and had previously tried to land his signature during the previous two January transfer windows but with no success.

However, it could be Wenger’s time to pounce as the Belgian club confirmed that he will be sold when the transfer window reopens.

“We expect to keep our star players, but Kouyate could leave,” said boss Herman Van Holsbeeck.

“We know there is interest in him in the Premier League. If a suitable offer arrives he can leave.”

Kouyaté, who can also function in midfield, has previously been a target for several Premier League sides including Chelsea, West Bromwich Albion and Norwich, but Arsenal are the only ones believed to have monitored his progress over the recent months.

Wenger is wary that club captain Thomas Vermaelen could be on his way out of the club in the new year, and it is thought Kouyaté could be a possible replacement for him.