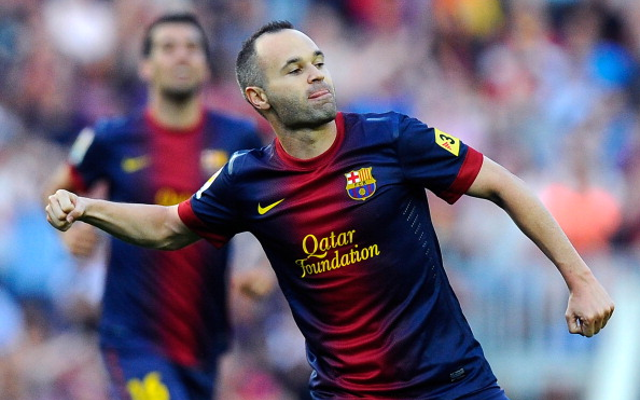 Red Devils are desperate to pull off a major deal at the turn of the year.

Premier League champions Manchester United’s hopes of being able to pull off a major transfer coup when the winter transfer window opens again for business in the new year by convincing unsettled FC Barcelona midfield player Andres Iniesta to move to Old Trafford have hit a major stumbling block, according to reports in the Metro.

The Red Devils had been confident that they would be able to lure the coveted Spain international to the Theatre of Dreams at the turn of the year after hearing rumours that Iniesta had fallen out with his bosses at Camp Nou over how much the playmaker was earning in Catalunya compared to some of his other big-name team-mates.

And with the 29-year-old’s current deal with Barca set to run out on June 30 2015, United head coach David Moyes was thought to be considering making a move for Iniesta in January, only for the Scot to now learn that the Spanish champions have reacted to the recent developments by preparing a new bumper long-term deal for the Spaniard, which will see the player move on to the same salary bracket as stars such as club captain Carles Puyol and bice-captain Xavi Hernandez.