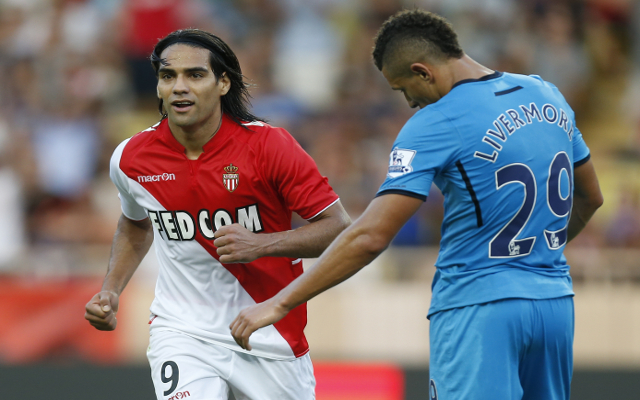 Chelsea head coach Jose Mourinho went to watch transfer target Radamel Falcao in action playing for Colombia in a friendly international against Belgium in Brussels on Thursday night, and the self-styled ‘Special One’ will have been pleased that he made the journey, according to reports in the Daily Mail.

The west London club have been heavily linked with making a move in the winter transfer window for the prolific AS Monaco front man in recent weeks, and the Blues boss was spotted in the crowd in the Belgium capital keeping close tabs on the 27-year-old.

However, ‘Mou’ did not make a wasted trip though, with Falcao showing the watching Chelsea manager just why he is considered to be the most dangerous and feared forward currently operating in world football by scoring Colombia’s opener past helpless Liverpool goalkeeper Simon Mignolet.

And now it is expected that the Uefa Europa League holders will push ahead with plans to bring Falcao to Stamford Bridge at the turn of the year as the club look to add more firepower to their attack in the capital following the collective struggles endured by current first-choice front men Fernando Torres, Demba Ba and Samuel Eto’o so far this season.

Watch Falcao’s goal against Belgium below: