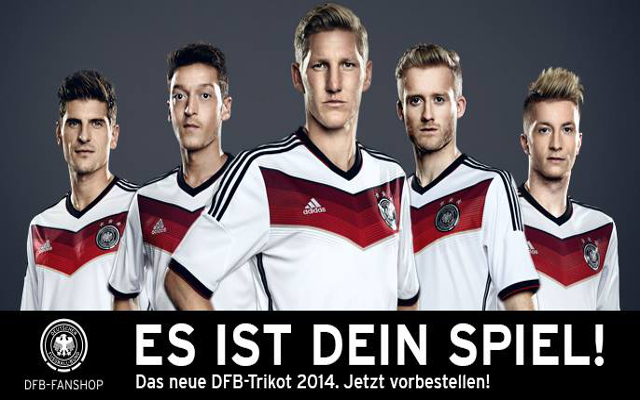 Gunners stars turn it on in front of the cameras for their national team.

Arsenal’s German duo of Mesut Ozil and Lukas Podolski have been demonstrating another side to their characters by starring in a new TV advert for Adidas.

The Germany internationals were selected to help promote the recently released new kit for the national team ahead of next summer’s World Cup finals in Brazil, a tournament for which Joachim Loew’s side are one of the favourites.

Both players have been huge successes both for their country, as well as their club, of late, which maybe explains why they were both chosen to take part in the TV commercial.

In particular, Ozil has been an absolute revelation since surprising many people by opting to swap Spanish giants Real Madrid for the north London club on transfer deadline day on a bumper five-year deal worth a staggering £200,000 per week for a club-record fee of £42.4 million.

However, the 25-year-old has already more than fully justified that massive outlay on his services by recording an eye-catching three goals and six assists in total in just 12 matches in all competitions for the club, including an equally impressive two strikes and five assists in only eight Premier League outings in the capital.

Watch Ozil and Podolski in the advert below: