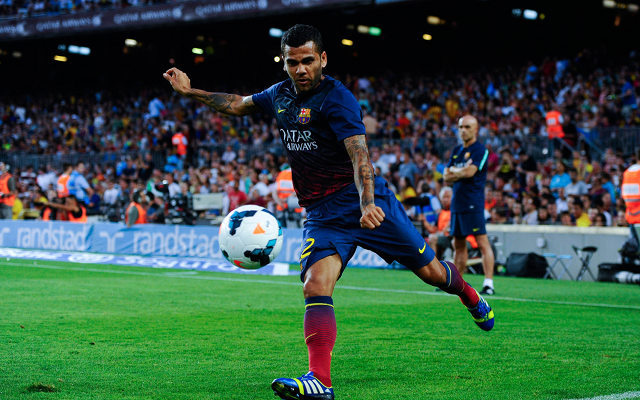 Brazilian aims to head home at some point.

Barcelona full-back Dani Alves has confirmed that he wants to finish his career back in his native Brazil rather than with the Catalonian giants, Sky Sports reports.

The 30-year-old began his career at Bahia before leaving for Spain where he has spent the last 11 years with Sevilla and Barcelona.

His outstanding form and electric pace whilst at Sevilla caught the attention of a number of top clubs across Europe, but it was Barca that won the race for his signature back in 2008 and he has since gone on to make over 300 appearances for the club.

He is currently under contract in Catalonia until 2015 and still appears to be worth another contract as his consistency during the club’s trophy laden recent past has suggested that he is still very much a part of their plans.

However, he is thinking about life after Spain, and has confessed that he is still hoping to put aside the twilight years of his career for a stint in his homeland before hanging up his boots.

“I am not considering retiring at Barcelona because I want to end my career where I started it: at Bahia,” Alves said.

“It would be hypocritical to suggest that I might retire at Barca, because that’s not really an option. Bahia is where I first got my big break.

“I want to keep on playing here for many more years, but I will not retire at Barcelona.”