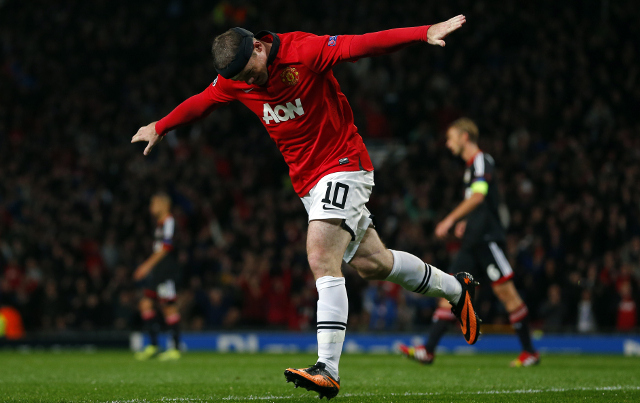 Man United are set to offer striker Wayne Rooney a brand new lucrative contract to ward off interest from Chelsea according to the Daily Express.

The 28 year old England man was strongly linked with a summer Old Trafford exit and started the season out of sorts but has recently shown a marked improvement in form which has led to David Moyes readying a move to reward his efforts with a new deal.

Man United are reportedly ready to offer Rooney a four year deal running at his current £250k a week salary, working out as a total of £52m for the club’s fourth highest goal-scorer of all time.

Rooney’s current deal expires in the summer of 2015 and as such Man United are no doubt keen to avoid any potential vulnerability regarding the forward’s future in the upcoming January transfer window.

Wayne Rooney is into his tenth season at Man United and scored seven goals and laid on seven assists in 15 games across all competitions this term.