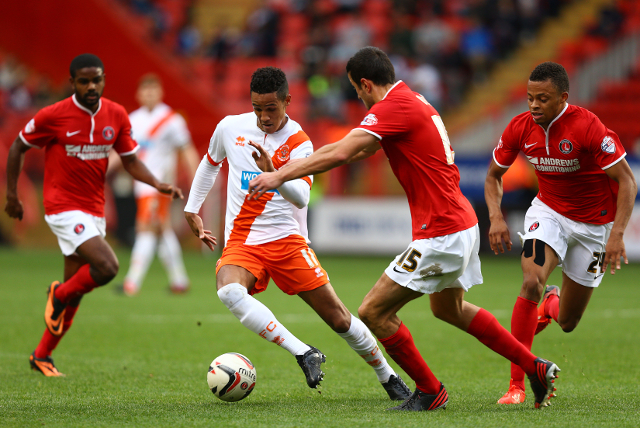 The race to sign Blackpool youngster Tom Ince is beginning to hot up and the likes of Tottenham, Everton and Newcastle United have been informed that the England Under 21 international will not leave in January, meaning that the winger will most likely leave Bloomfield Road next summer when his contract at the club expires.

The Daily Star quotes the 21 year old as stating that he plans to see out his Tangerines contract;

“Me and my dad have always had a plan when we’ve sat down and discussed my future,”

“It’s about timing and I don’t want to be a player who rushes things, who sees the bright lights and all of a sudden ends up stuck somewhere and not playing.”

Cardiff City failed with an £8m bid for Ince over the summer and the Bluebirds may well try again for the former Liverpool man at the end of the season.

Last season Ince netted 18 goals for the Tangerines and finished as the Championship’s leading assist maker to boot and the young forward, who plays predominantly out on the wing, has continued that fine form into 2013/14 scoring six goals in 11 starts for a Blackpool side who currently sit in fourth spot in the table.